As part of the Sainsbury's Family Blogger Network, I get the odd email through about what's going on in the network. Recently, said email contained a flapjack challenge - create a flapjack using Sainsbury's ingredients. Since I shop there anyway, and since flapjacks were on my list of this week's treats, I decided to chronicle my adventures with oats.

I decided to try and use up a little of my jam stockpile while I was at it, so selected the BBC Food recipe by Simon Rimmer for Jam-packed flapjacks.


To make these, you need:
The italic text is where I made substitutions according to my store cupboard supplies. You can see the method on the website. 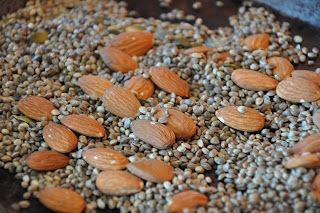 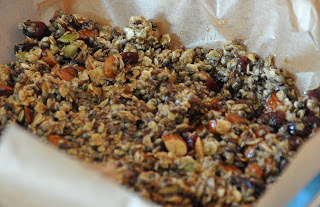 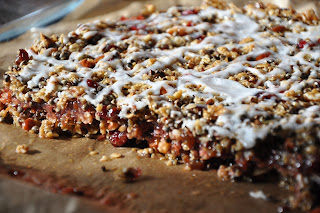 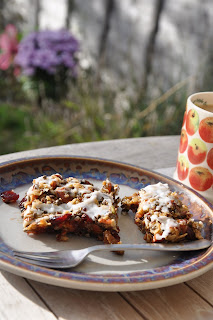 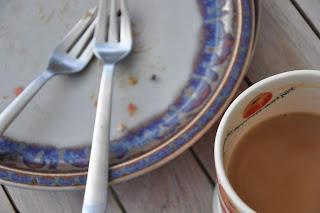 A few things to consider here:

For us, this recipe was far too sweet. The honey, sugar, jam and dried fruits all combine to make a sickly mess. If I was making it again, I would omit the jam - which is a real pity as that's what sold the recipe to me in the first place - and greatly reduce the quantity of sugar. In fact, for me, it could have done without the sugar altogether, but Husband seemed placated when I said there would be no preserve in the next batch and removing all the stickyness for him might have been a little harsh...

In short, the sweetness rendered this inedible for me. I am going to try and turn it into a granola though, by breaking it up (the texture was far too loose on account of the jam) and stirring it through some more oats and breadcrumbs. I'll then toss it back into the oven for ten minutes or so in an attempt to crisp it up a little. I'll let you know how I get on with that - waste not want not and all...

Also, I would definitely avoid hemp seeds in this recipe. They add great interest and texture to bread, but they really detracted from the buttery, meltyness of the oats. And with the almonds, if you do use jam, I would say that cherry is the way forward. You could get some bakewell tart flavours going on. Never a bad thing.

There is another flapjack recipe I've been wanting to try - a banana one - so I'll have to give that a go too. Expect pictures again soon.


Don't let me put you off making these though - as a way of getting fussy eaters to have some nuts and fruits (dried fruits count as one of '5 a day') they're brilliant. And if you're into sweet things, they'd go really well with ice cream or clotted cream. Besides, as you can see above, they make an outstanding picture of autumnal loveliness.
Posted by Cry Mamma at 04:17