A while ago, this appeared on my Pinterest feed - a wonderful, hands-on adding machine.

I'll be honest at this point and admit that I have a weird relationship to maths. I love the figuring out how to do a sum part, and hate the bit involving actual numbers. They just do not make sense to me - far too... ethereal? I think that's why I loved this idea so much - it turns random digits into real, tactile things. In any case, I've been meaning to make this for ages and since I came down from changing Son one day this week to find Daughter up to her elbows in PVA glue, this seemed like the time to do it. 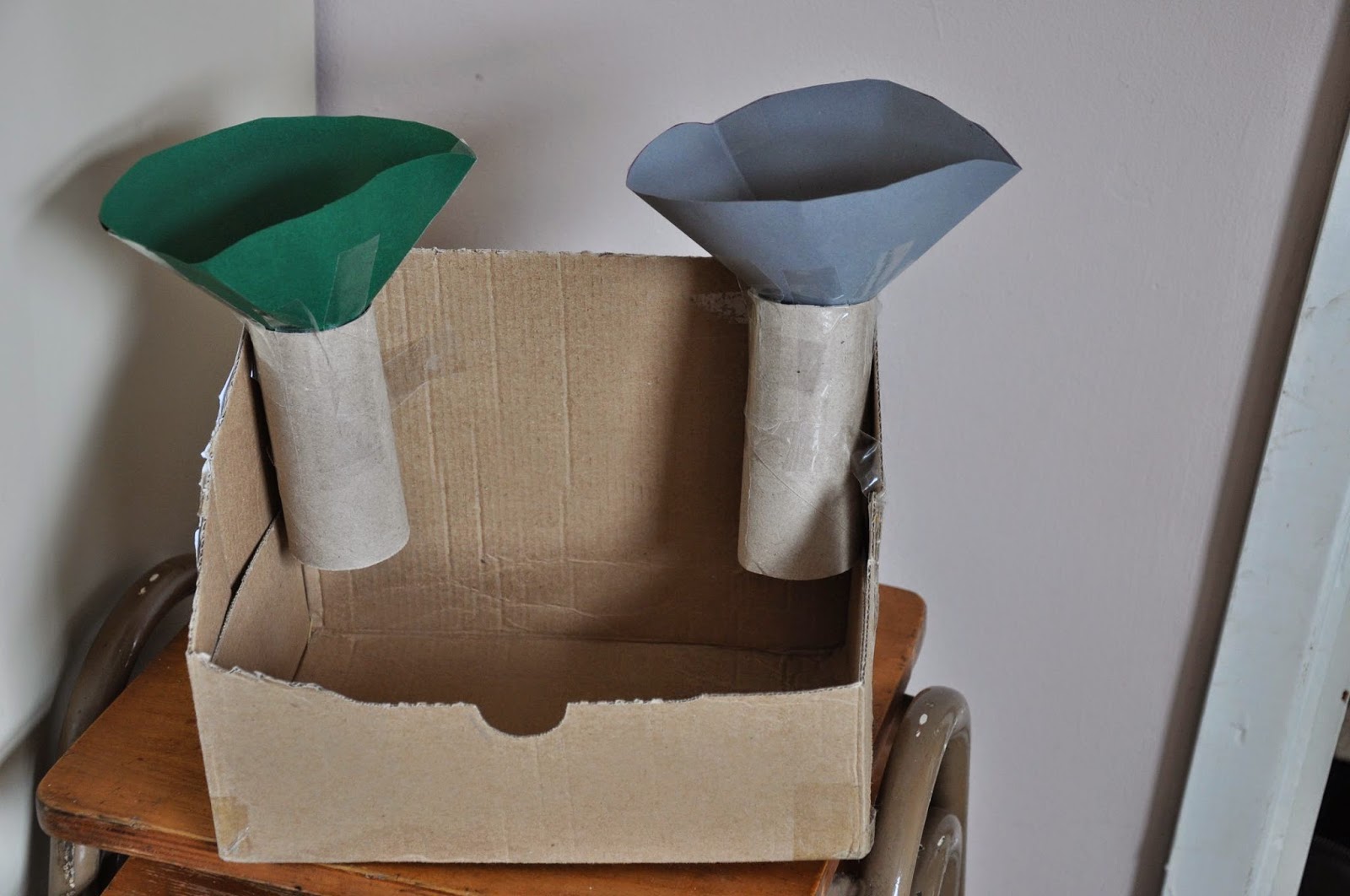 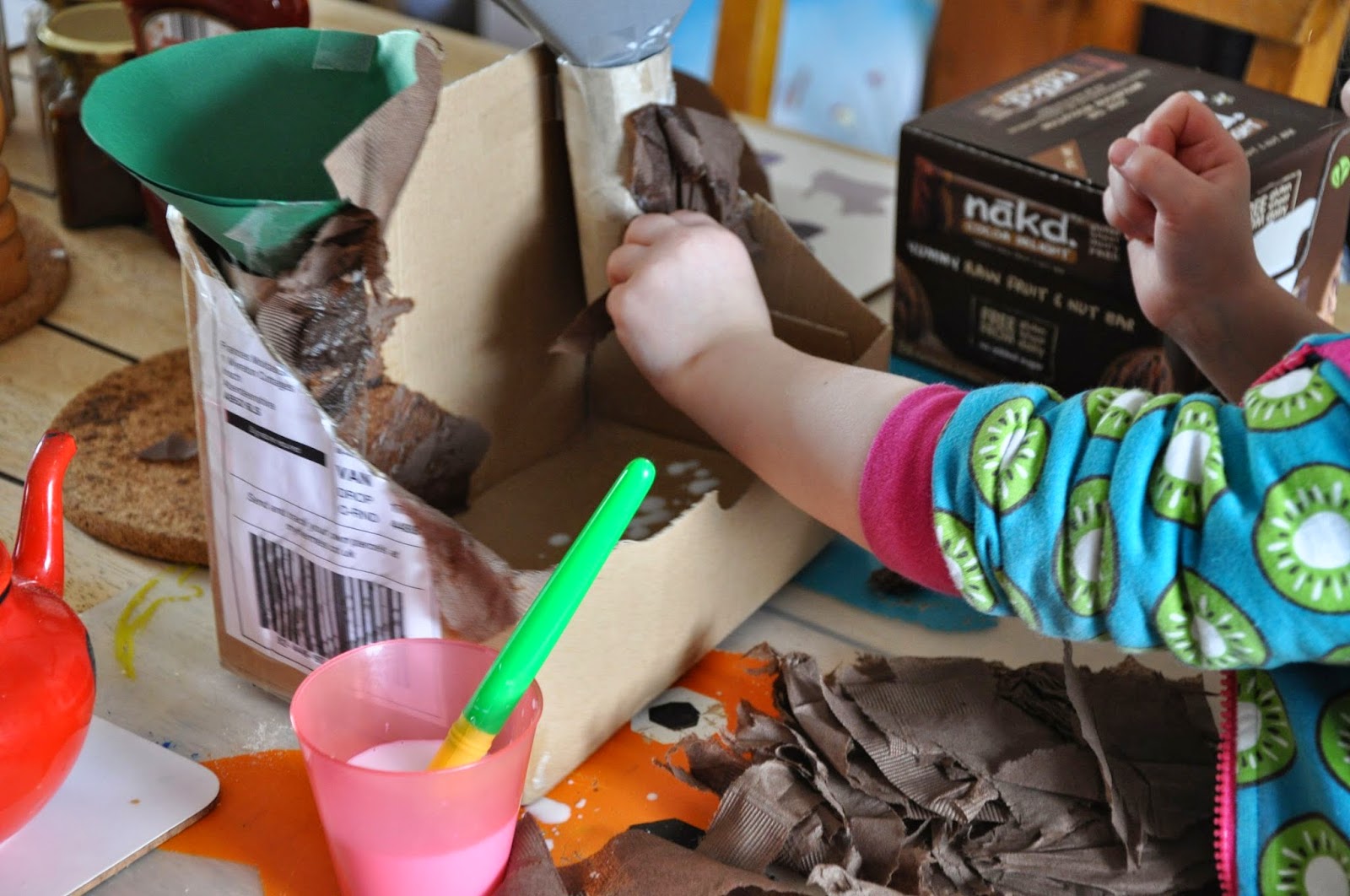 To start with, I cut a box to the right shape and taped on some loo-roll tubes, complete with paper funnels. You can easily just get away with the tubes if you can't be bothered faffing with cones, but as usual I wanted this activity to occupy Daughter for as long as possible. This in mind, I employed her drawing around biscuit-tin lids to make the circles we needed.

Initially, I had grand ideas of papier-mache-ing the whole thing to look like an old-school pinball machine, but as it became evident that layering tissue isn't Daughter's forte, I figured we could just settle for securing the tubes to the wall of the box.

You will probably notice here how close the girl's arm is to that precarious pot of glue... 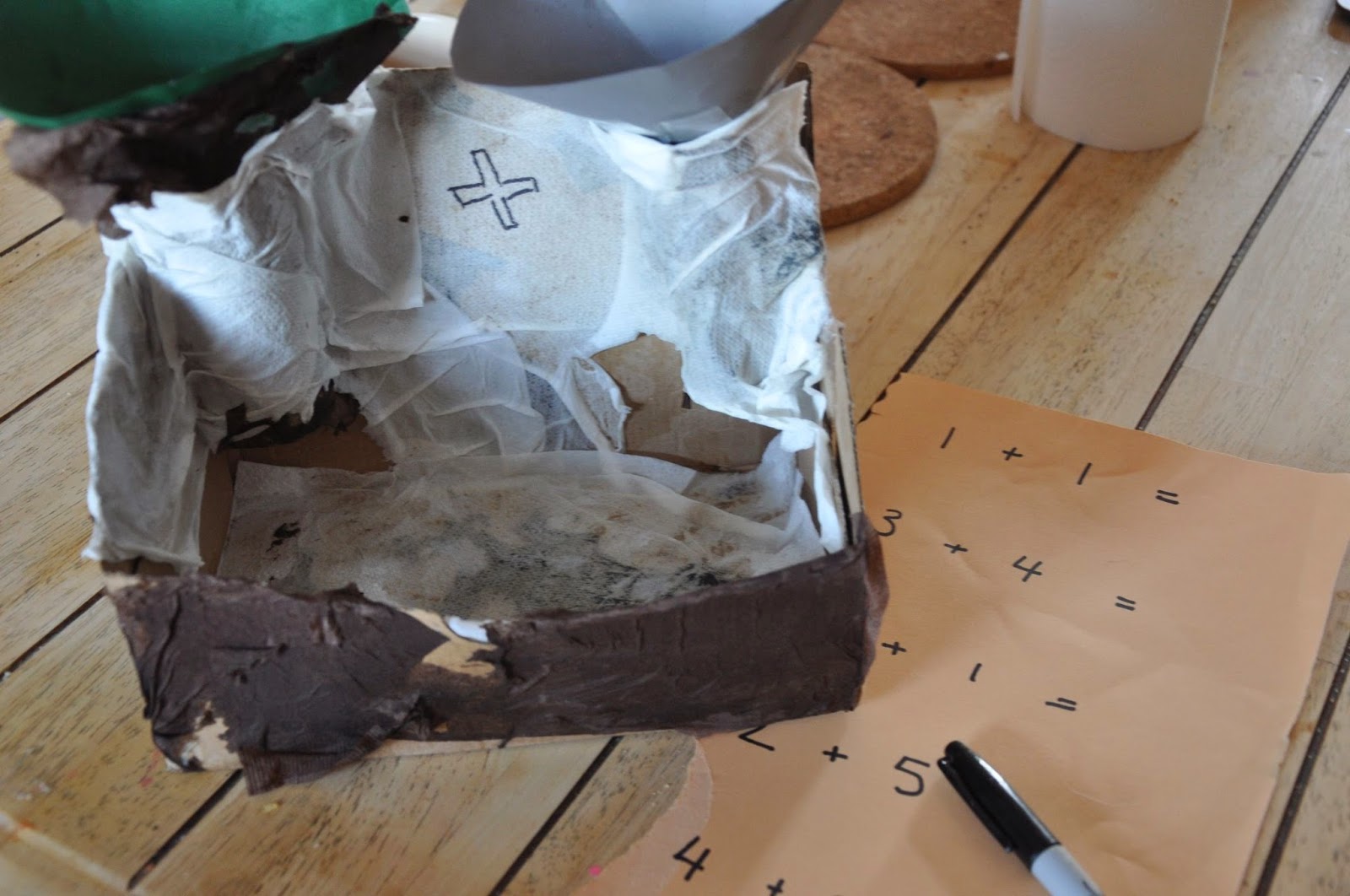 ...and how the pot of glue is no longer present in this picture. We mopped up the inevitable spillage with kitchen roll and sort of dumped that on the box as our final attempt to cover it.

Yeah. It's super-attractive. Daughter declined to paint the thing, "What's the point?" she asked. I am inclined to agree. As a token effort, I drew on the kitchen roll with a Sharpie and we left it at that. 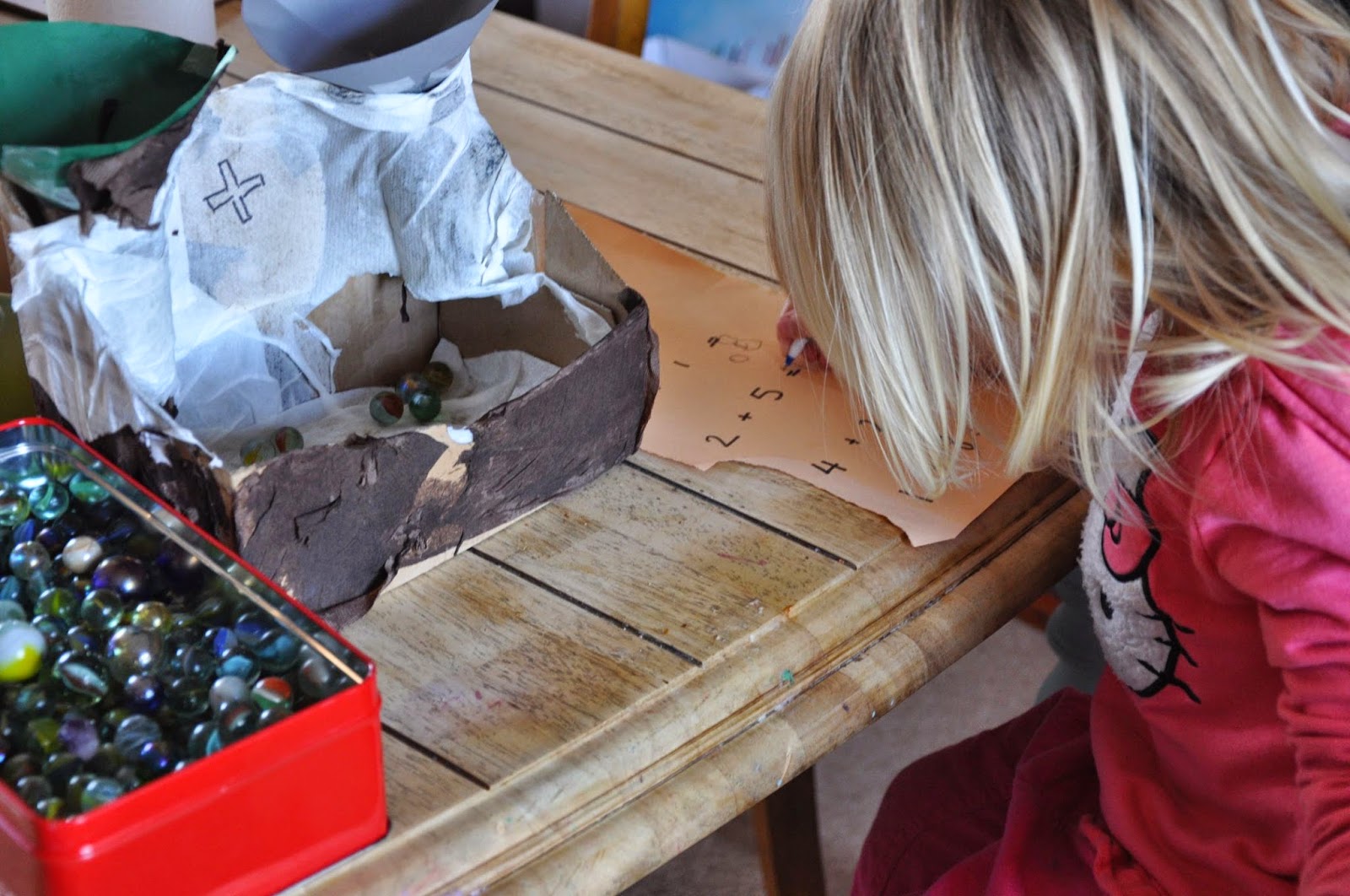 Finally, I got her to think of some numbers and we wrote out a few simple sums.

Then out came the marbles.

How do households without such a tin function?!

The idea is that you use the funnels for the 2 digits of the sum. i.e. with 5+2, you post five marbles down the first chute, and two down the second. Then you count them all up in the tray at the bottom and write the answer on the sheet.

Daughter really loved this - especially if I sat with her and we released the two lots of marbles at the same time. She started using the large marbles for one of the numbers, and regular sized ones for the other. I think it helped her visualise how the two digits 'merged' to make one new digit.

All in all, a stonking success, ugly as our adding machine may be. I'm trying to think of a similar way to tackle subtraction... any ideas?
Posted by Cry Mamma at 14:19