A day of distraction 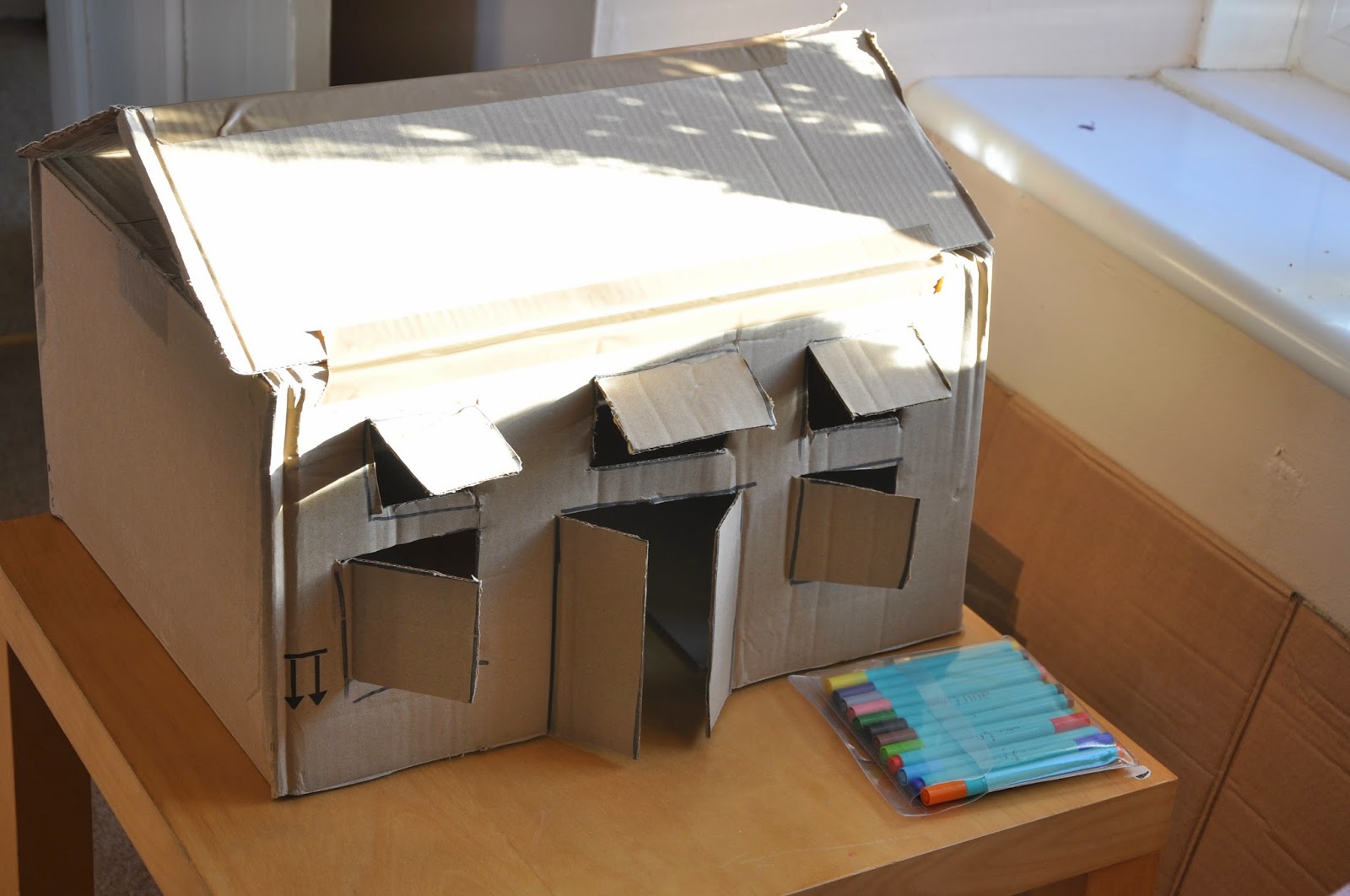 Sometimes, the last thing anyone wants to do is actively entertain a pre-schooler. They're loud, demanding and the word, 'why' punctuates every sentence in the places that grown-up people would take the time to breathe.

I'm told that television is the way to go in these situations, but to be honest it sounds like too much hard work to go to the trouble of buying a set, installing an aerial and paying licence fees, just because I'm a little bit incredibly pregnant. In my day, we had cardboard boxes and that suited us down to the ground, thank you.

Which got me to thinking - I might hate junk modelling now, but I didn't always. In fact, growing up, it was a high point in my little world. And it just so happens that I got a giant cardboard box in the post yesterday. Hooray for happy accidents. 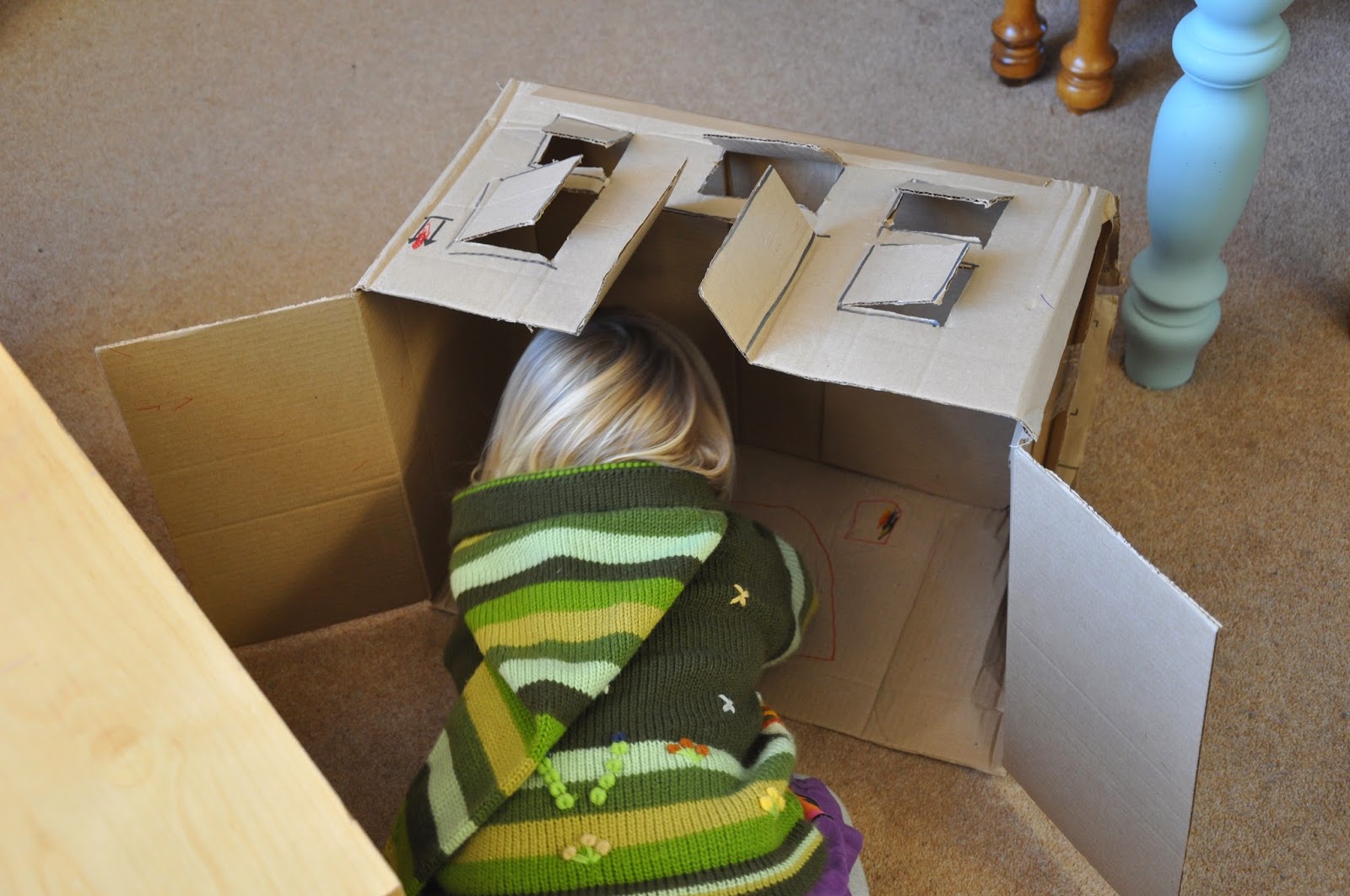 This little house was really easy to construct - I cut the long flaps from the top of the box and taped them together to form the apex of the roof, then taped that to the box's understand. Voilla. Basic house shape. Then I cut out a bunch of square-shaped windows and doors, leaving the card attached along one edge so that Daughter could better post things, and so there'd be something interesting to open and close.

Then I gave her some pens and left her to it. Having always been discouraged from writing on her toys/clothes/walls it took a little while to talk her into attacking this with the pens, but when she finally did, she did so with gusto.

It was really interesting to see what she drew - I presumed she'd concentrate on the exterior but she flipped the thing over and began scrawling furniture all over the inside of it. Her décor came complete with cats, self portraits and eggs. For some reason, she drew a lot of eggs. When she'd had enough, she fetched her little wooden dolls from the fort we've been playing with them in and started acting out some very telling scenes*.

Yes, it did require a little more work than flipping on a switch, but not much, and hopefully Daughter will be interested in playing with the house again tomorrow. I left the side flaps of the box on so that I can send her out into the garden to collect leaves. She can then stick these down on the remaining flaps for the house exterior, so that should give me another day of sitting on my bum without having to think too much... Wish me luck!

*i.e. "Daddy, Mummy says that you have to cook dinner now or it'll be too late and we'll all be hungry."
And,
"Mummy, if you don't stop tickling me, I will be furious."