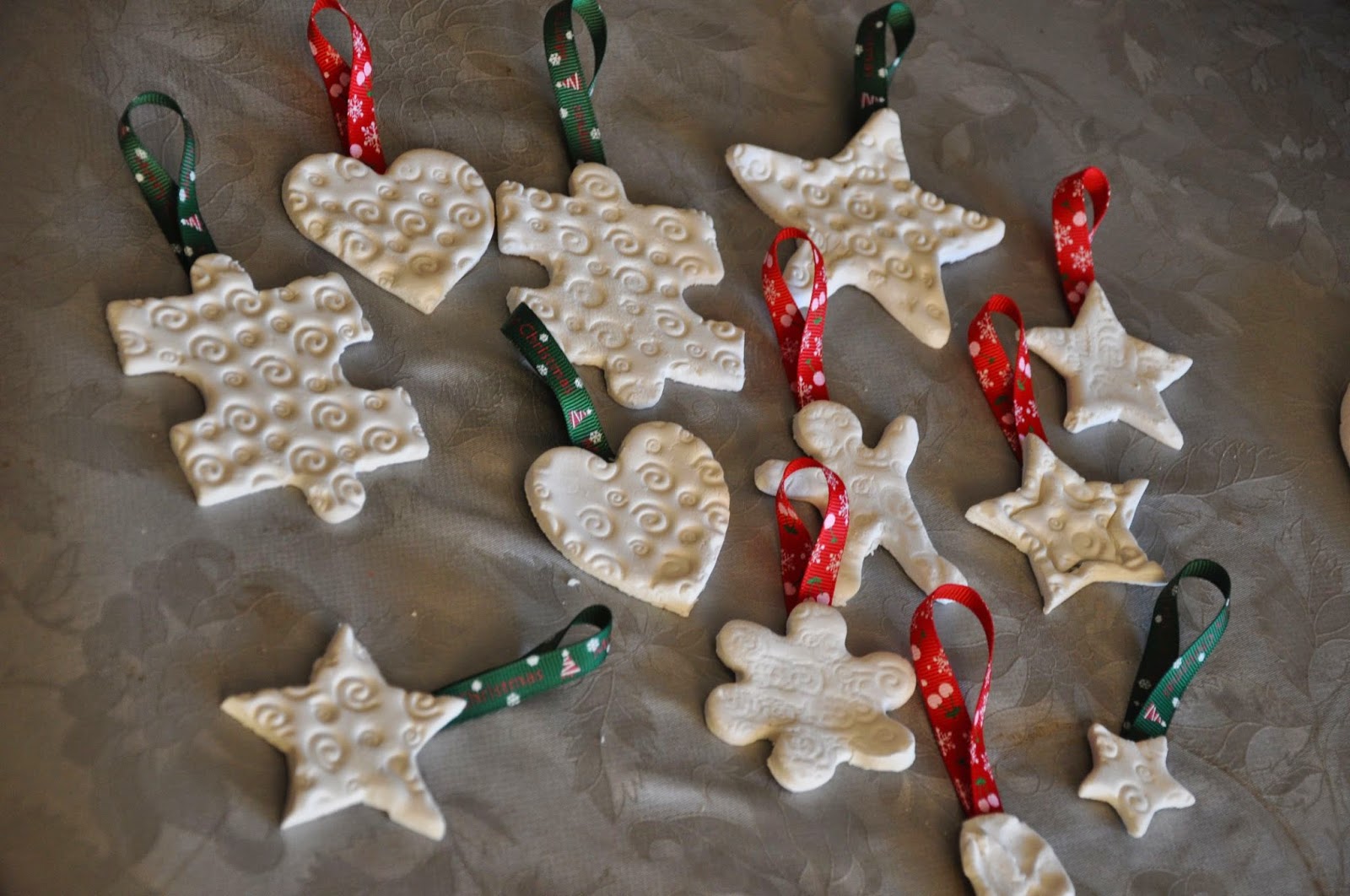 Last year, we made some pretty cool cornflour-dough Christmas tree decorations. I didn't blog about them at the time because a. I was too busy eating insane quantities of Danish Christmas cookies which Husband made, and b. I wanted to see how long the unbaked decorations would last in storage.

Anyhow... (and don't worry, I will post the 'pebernødder' recipe in due course) it transpires that these lovely little decorations last really well, and are actually far more sturdy than I gave them any credit for being. They not only survived a house move and the three year old attacking the Christmas tree with them, but one or two have also made it past the cat. And that's no mean feat. 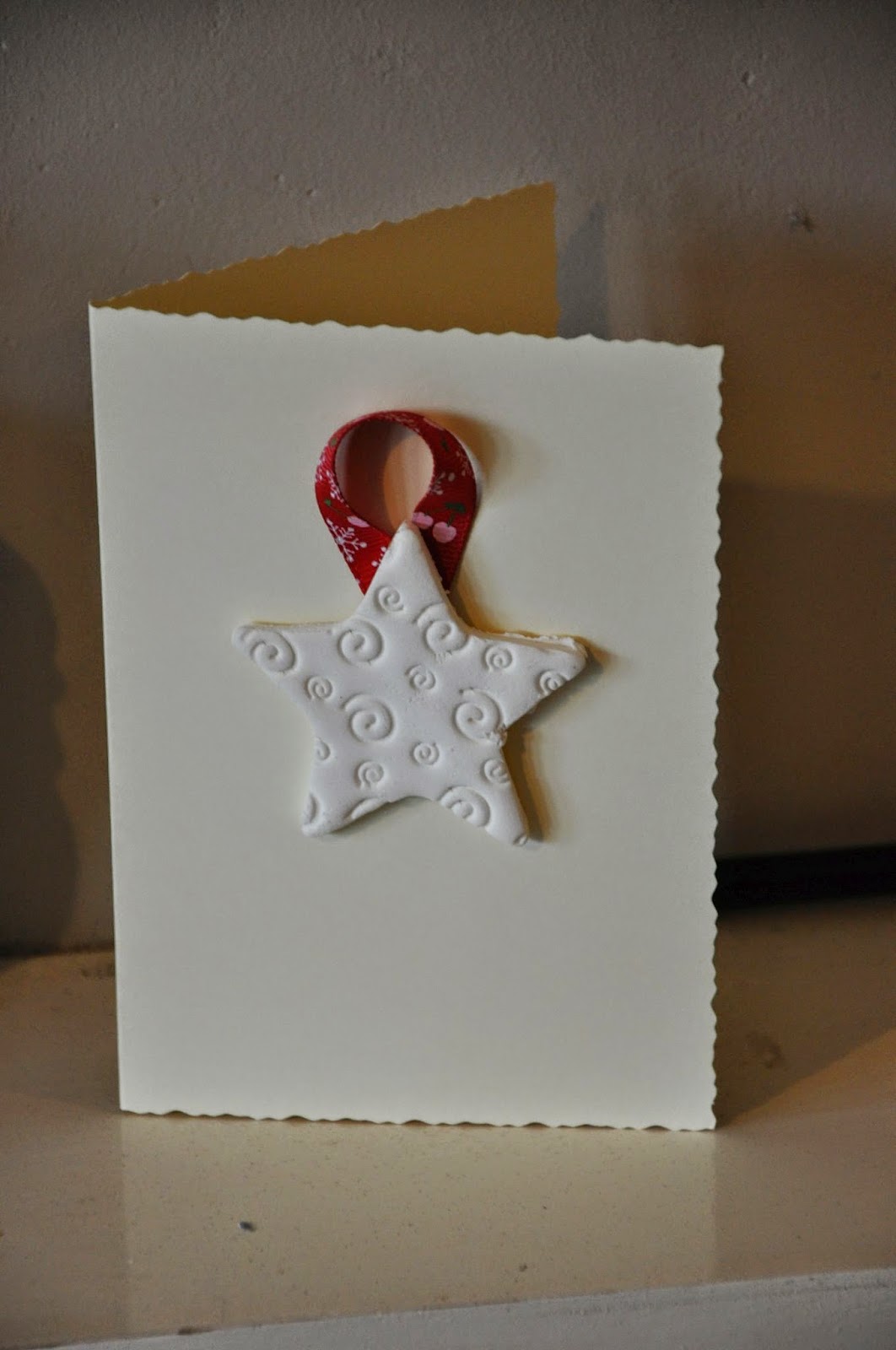 Pinterest is full of recipes for this dough - it's cheap, gluten-free and if left to air dry rather than being baked, has a lovely, almost-porcelain quality. This is the recipe that we used, and I can highly recommend it.

My only note would be for UK readers: cornstarch=cornflour & baking soda=bicarb. US references to cornflour are actually talking about something akin to oatmeal in texture as far as I've discovered.

We used some Christmas ribbon that I found at the market last year to add a bit of colour, and a rolling-pin intended for play-dough to get the swirls. Good ol' cookie-cutters dictated which shapes we could have and then Daughter set to it.

The mixture - when rolled out - actually makes thousands of these little decorations. Having swathed the tree in the things, I dug out some card blanks (which I think were originally wedding invites?) and used a little glue dot to attach a decoration to each. They made really nice cards, but that still wasn't enough to work through them. Cue the Sharpie - we ended up getting rid of most as gift tags. I have to say, they did make a fairly nice addition to my stingy brown paper and shiny gold ribbon.

Would I make them again? Yes, next year. I think it'll be a biannual thing, simply because of the ornaments' unexpected longevity.

And I promise that next time we do give them a go, I'll take some better photos!
Posted by Cry Mamma at 07:09