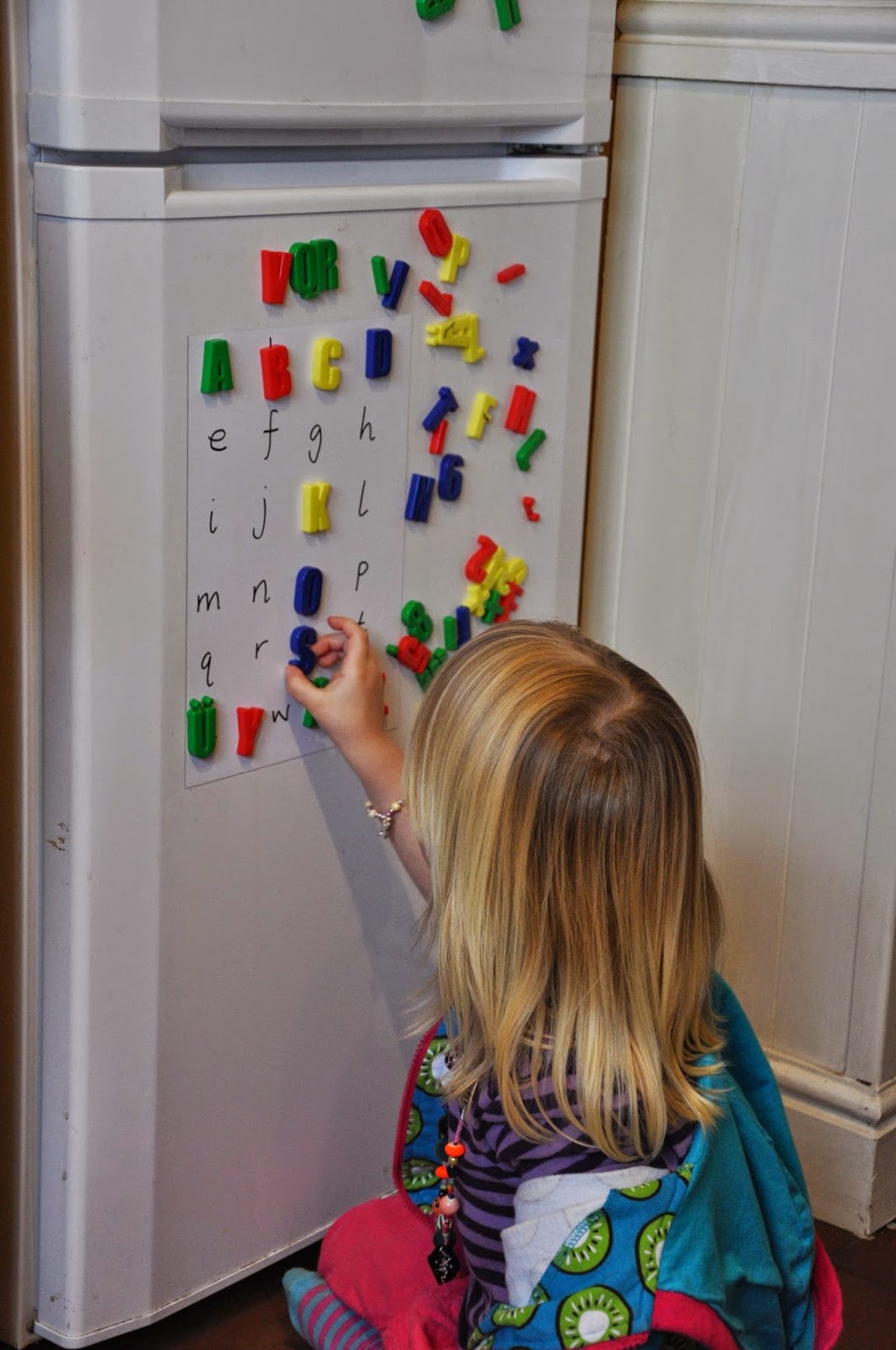 This is a really easy activity for occupying small people when you're in the kitchen. Because let's face it, sometimes you just want to cook in peace - without little folk sticking their fingers in the butter and asking why that's a pepper.


All I did was grab a sheet of magnetic paper and a marker pen and write out the alphabet in lower case. Our letter magnets are capitals so you can adjust depending on what you have - I think most fridge alphabets these days are lower case so scribbling capitals is probably the way to go for most people. Also if you've got no magnetic paper, there's nothing to stop you taping paper-paper to the fridge door. I just figured this'd be easier to take in the car with us on long drives but again, tape some regular paper to a baking sheet and you can play anywhere. 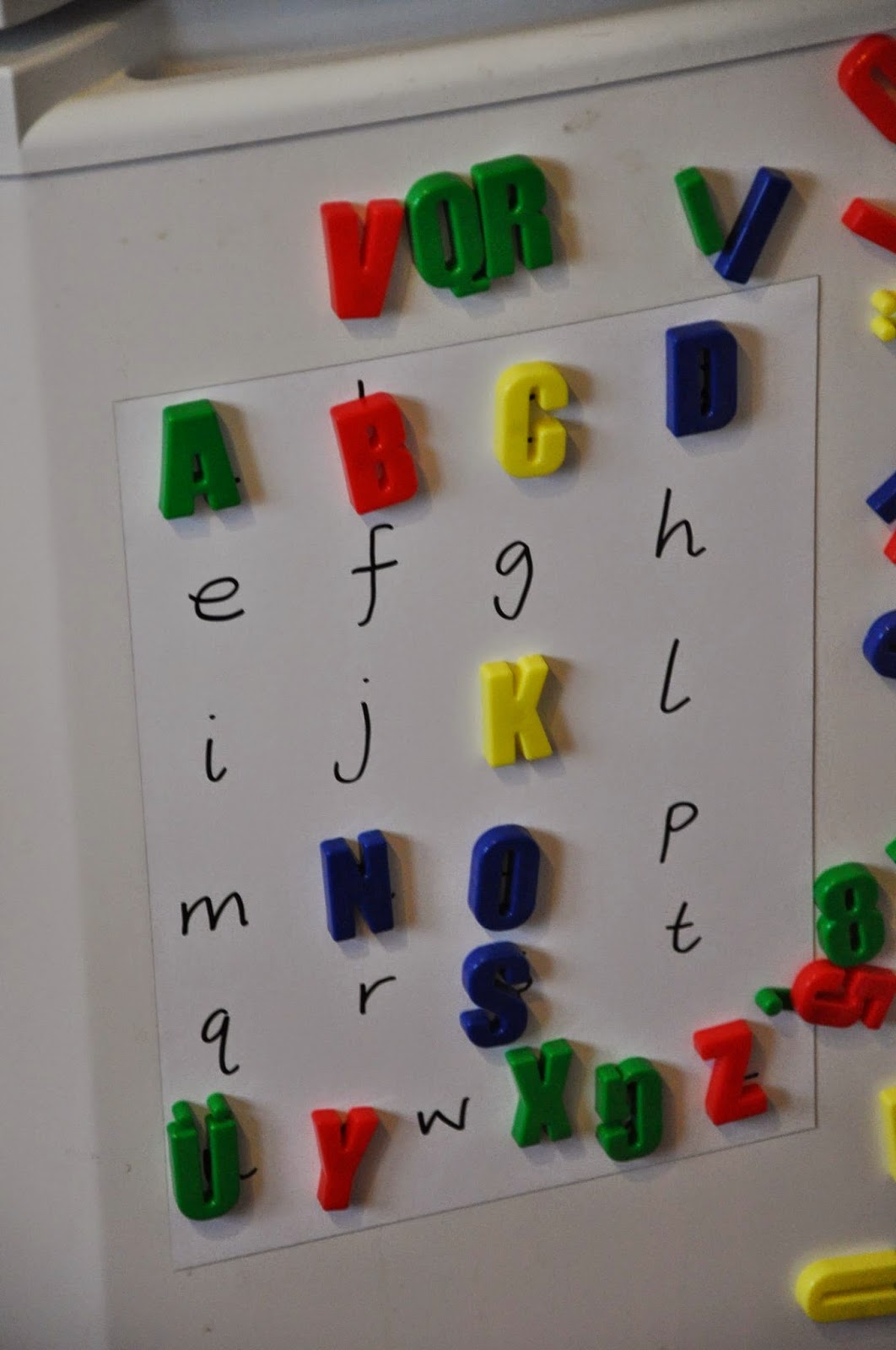 And that was basically it. The girl knows her lower case letters/phonetic sounds from Teach Your Monster To Read and we've been reading Edward Lear's Alphabet Rhymes for Children since Daughter was born (my Dad brought me a beautiful copy back from the US, illustrated by Carol Pike, so it's always been a firm childhood favourite in our house).


When we read from alphabet books which show both capitals and lower case letters, we tend to say, "A says ah" - pointing first to the former and then the later - "B says buh, C says cuh," and so on. To begin with, I did it because Daughter was learning animal sounds and wanted to know what everything said (can openers, gate posts... you name it), and it was an easy way to answer, but it seems to have stood us in good stead for this activity. With the exception of getting E and F mixed up, and V and Y, she got them all right on the first try. To keep her busy a little longer, I got her to read the letters aloud using their proper names, and their phonetic sounds. Then she sang the alphabet which really made her day - she's never been able to remember all the letters before and seeing them listed meant that she could do it without any help from me.

Overall, this was a huge success - she kept going back to do it again and again. I not only managed to chuck everything in the slow cooker for tonight while she was occupied, but also write this blog post! Hooray for magnetic letters!

Do you have any other ideas for using these handy little things? :)
Posted by Cry Mamma at 03:39